George Coolney was in late show 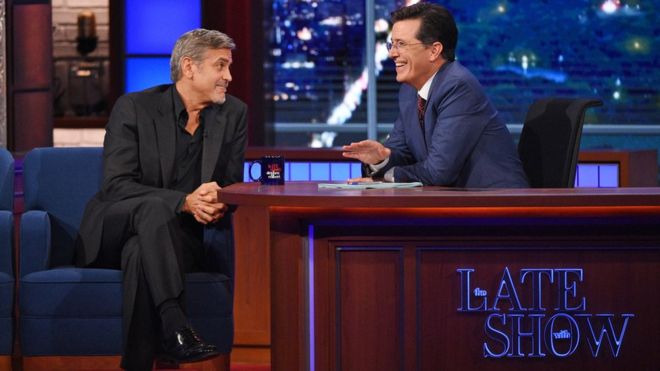 Stephen Colbert has made his debut as the new host of the Late Show on US TV network CBS, succeeding David Letterman who retired in May after 33 years.

The former host of Comedy Central's satire programme, The Colbert Report, opened the show with a sketch, singing the national anthem around the country.

He also paid tribute to his predecessor Letterman, calling himself "a fan".
"We will try to honour his achievement by doing the best show we can and occasionally making the network very mad at us," said Colbert.

"As long as I have nine months to make one hour of TV, I could do this forever," he added.
The comedian played a hardline conservative in his previous show, Comedy Central's satirical news show The Colbert Report, but he appeared as himself for his mainstream debut.