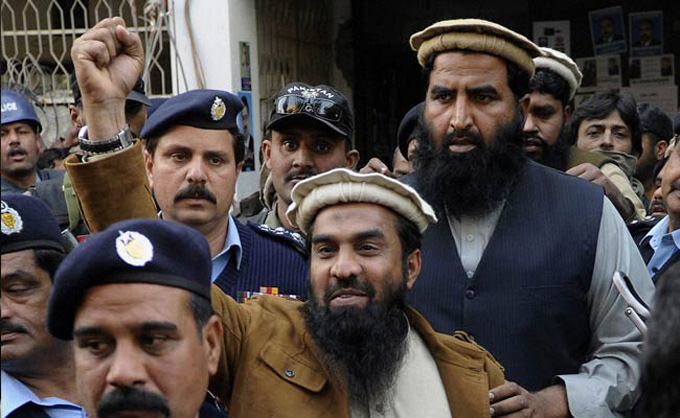 The development came a day after a court cancelled an earlier order under which Lakhvi was detained for three months in December.

Friday's court order drew criticism from India.
An "outraged" India on Friday summoned the Pakistan high commissioner in New Delhi to lodge a strong protest against a Pakistani court order to release LeT terrorist and Mumbai attack mastermind Zakiur Rehman Lakhvi and said freeing him will pose a threat which "cannot be ignored".

The officiating foreign secretary Anil Wadhwa summoned Pakistan high commissioner Abdul Basit to South Block and conveyed India's unhappiness over the order in strong words. Wadhwa is officiating as the foreign secretary in the absence of S Jaishankar, who is travelling with the Prime Minister.

"India today conveyed its outrage at the release of Lakhvi, one of the key accused in the Mumbai terror attacks. This goes against Pakistan's professed commitment to combat terrorism, including its recently stated policy of not differentiating amongst terrorists," spokesperson in the external affairs ministry Syed Akbaruddin said.

He further added that "If such a person, who is also a designated international terrorist by the United Nations, is released it will pose a threat that cannot be ignored."

After his meeting with Wadhwa, Basit said, "Lakhvi may have been granted bail, but the trial continues. We all are working to complete the trial. Let the judicial process take its course."

Blaming Pakistan for the Islamabad high court order to release Lakhvi, minister of state for home Kiren Rijiju told reporters that Islamabad did not produce the evidence against him despite having enough of it.

Lakhvi is one of seven suspects who are being tried by Pakistan in connection with the attacks, which killed 166 people and seriously damaged relations between Pakistan and India.

Lakhvi has been in government custody since 2009.