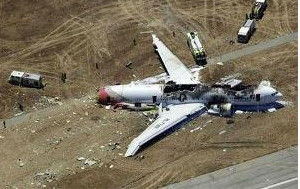 A Serbian military helicopter carrying a sick baby for treatment in Belgrade crashed near the capital's main airport, the defence ministry said on Saturday.The state broadcaster, Radio-Television Serbia, reported seven people were believed dead - four crew, two medical workers and the baby. A soldier close to the scene of the crash gave Reuters the same information. The military had blocked access to the crash site near the Belgrade suburb of Surcin.

It had picked up a baby in the southern Serbian region of Raska after an ambulance taking the child to hospital for treatment for respiratory problems was blocked by a landslide, Serbia's B92 broadcaster reported.

The defence ministry said the Russian-made Mi-17 transport helicopter came down "in the wider area" of Belgrade aiport.

"The control tower lost contact with the helicopter at 22.31," it said. The government called an emergency cabinet meeting.