Public university teachers would not sit with finance minister 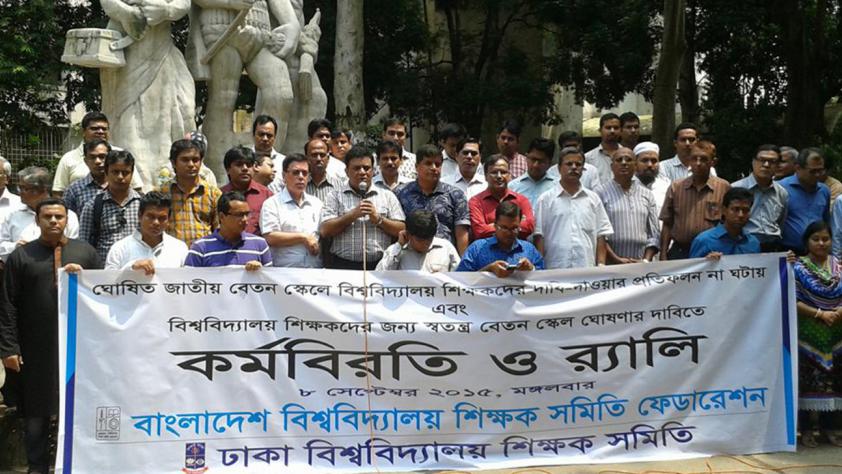 Public university teachers said on Sunday they would not sit with finance minister Abul Maal Abdul Muhith for any kind of discussions until their demands are met.

Addressing a press conference, leaders of the Federation of Bangladesh University Teachers’ Associations dismissed any possibility of discussion with the finance minister.

Teachers said that they would not retreat from their movement even by an inch until the prime minister Sheikh Hasina look into the issue.

Teachers of thirty-seven public universities are observing daylong work abstention demanding separate pay scale and protesting at the salary discrimination in the new pay scale. The strike would continue till 5:00pm. No classes are being held at the universities.

The federation president, Farid Uddin Ahmed, said public university teachers would not sit with the finance minister and urged prime minister Sheikh Hasina to intervene into the matter. ‘We want to hear from the prime minister publicly, otherwise we would not retreat from our movement even by an inch,’ said Farid.

The federation general secretary, ASM Maksud Kamal, alleged that the ‘old-aged’ finance minister have been conspiring to destroy the higher education system by destabilizing educational institutions.