There is no final goodbye afterall 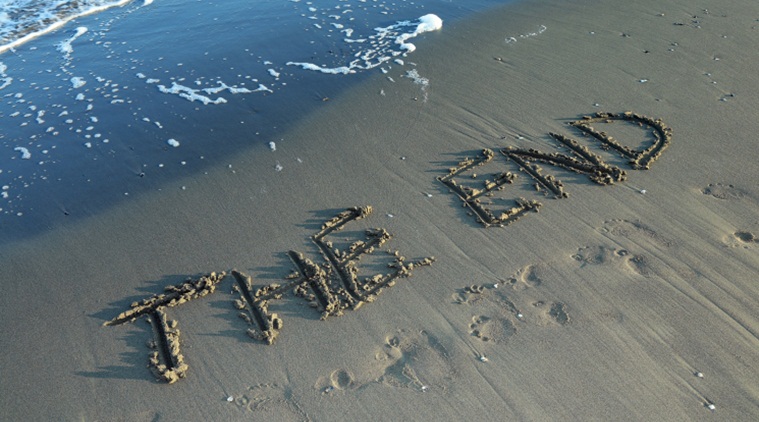 “All sucklings have death within them, all dying people – eternal life.” (Herman Hesse, Siddhartha) Birth and death are two sides of the same coin

The soul comes into being (form) from eternity and ceases to be (death) when its time in the manifested world has run out. The form which is made up of five elements- earth, water, fire, air and ether, returns to its source, earth to earth… and the soul continues its journey.

Its journey as a form (body) from birth to death is its lifetime. While this journey is an individual one, its existence is one of inter-dependence. As a social creature a human being’s existence is defined by the relationships it weaves through various stages of its growth. These relationships are based on emotions such as love, hate, trust, mistrust, doubt, fear, loathing… to name a few. It is out of these plethora of emotions that a human being expresses itself. In the face of death, when the form ceases to be, these emotions that the person leaves behind gnaws at us like a worm.

The reasons behind the negative emotions that we entertained seem far too petty to be important and the procrastination in expressing the positive emotions stabs like a dagger drawn in the centre of our heart. What were we waiting for? For ‘forever’ perhaps. Since human beings are souls encapsulated in a form (the body), our instinct tells us that we and others around us are there ‘forever’. And the comforting thing to know is that it is true.

We are all indeed there forever unless we desire otherwise. As for our relationships, these are defined by the law of karma. When we deal with the people in our lives, each one’s role is predetermined. With some people our debt gets settled in a particular lifetime, with others it may get carried forward. People receive from us only what they are entitled to and we receive from them only what we are entitled to. We are connected to each other by way of our karmic debt (rnanubandhan).

It’s like the pound of flesh, not an ounce more, nor an ounce less (Merchant of Venice- Shakespeare). However, the thing to remember is that although the relationship is predetermined, we have the freedom of response, always. By not reacting to acrimonious relationships we clear our debts with those people sooner than if we did react to them.

As for our loving relationships, grieve not, it’s only the form that gets annihilated, the relationship continues. It continues till the time you feel nothing but sheer indifference to the person. But while there is still that pull, that tug of an unfinished business, remember that those souls will be back. And just as you accepted them as the ultimate truth in this lifetime, so it will be in the next.