Mother and son together after seven years 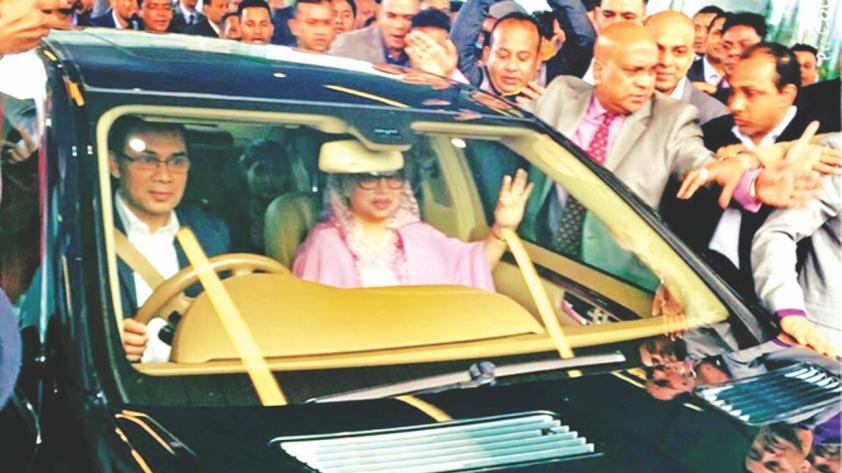 In an emotional reunion, BNP Chairperson Khaleda Zia yesterday met all of her family members together after seven years.

It happened in London after she arrived at Heathrow Airport at 12:50pm Bangladesh time by an Emirates flight. Her elder son Tarique Rahman received the former premier with a garland, a UK-based Bangladeshi journalist told The Daily Star.

Tears rolled down her cheeks as Khaleda hugged Tarique at the airport's Terminal 3. Her younger son Arafat Rahman Koko died in Malaysia in January.

Several hundred BNP men welcomed Khaleda at the airport, journalist Mahbubur Rahman said in an e-mail to this newspaper.

However, she also had to witness protests outside by the UK Awami League men who chanted slogans against Khaleda and her party with banners, festoons and placards portraying images of the destructive activities during the three-month-long blockade enforced by the BNP-led 20-party alliance early this year.

From the airport's VIP lounge, Tarique drove her mother to Sofitel Hotel. Seating beside her son, Khaleda waved to the cheering BNP men.

BNP's UK chapter leaders including its President MA Malek and General Secretary Kaiser M Ahmed greeted Khaleda at the hotel and had a brief discussion with her.