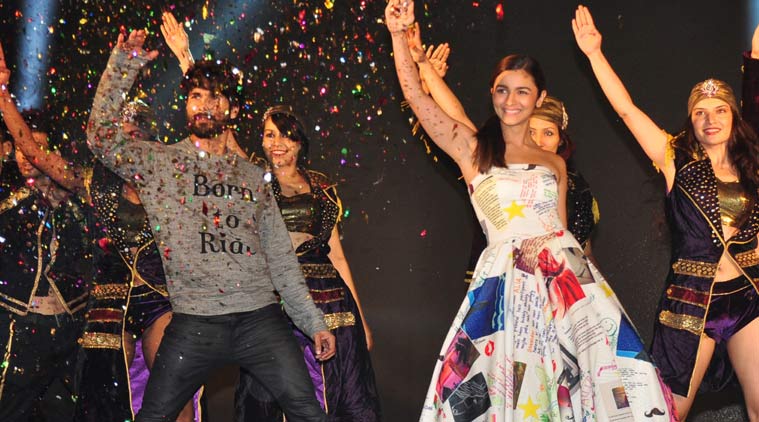 ‘Shaandaar’ title track ‘Shaam Shaandaar’ was launched by lead actors Alia Bhatt and Shahid Kapoor at his former college, Mithibai College on Wednesday. “We really wanted to release the title track with you guys. We really pushed for it. ‘Shaandaar’ is for you, we want you to have fun.

I want you to be dancing with your girlfriends, boyfriends, chacha-chachis, mama-mamis, kaka-kakis, grandfathers, and grandmothers. Just take it song, play it again and again and dance,” said Alia, about the track at the college’s festival “Kshitij”. The song was also released on digital platforms in the evening and already started getting discussed by the netizens, and garnering views. “I was actually crying.

Honestly, I don’t feel I can match up to him. The idea is not to match up to him but have fun with him. When he dances, he dances with joy, and tells you, ‘Alia, don’t concentrate on the steps, think about the mood’. When he does it, it doesn’t look too technical, but is technically beautiful and his overall body language is so vibrant and electrifying, which translates on screen,” said Aliaabout the challenge of matching up to ‘dancing star’ Shahid.