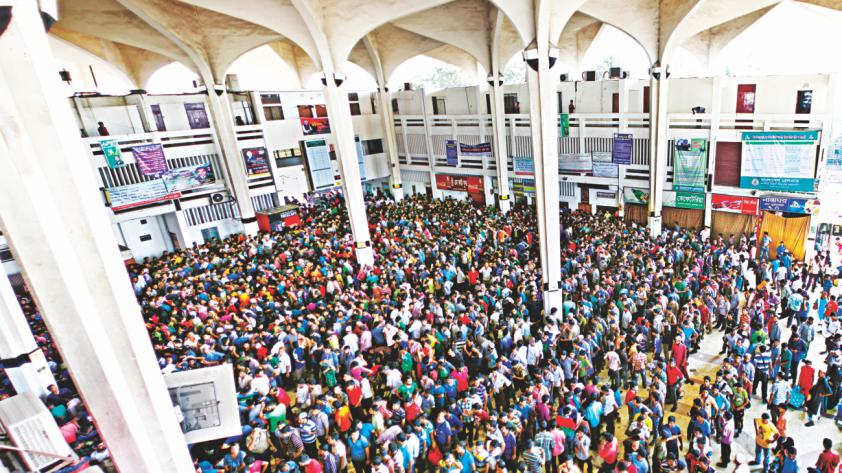 Desperate to be with their near and dear ones during the upcoming Eid-ul-Azha, people have started to leave the capital.

Visiting the Gabtoli, Mohakhali and Saidabad bus terminals, The Daily Star saw a large number of people departing from Dhaka quite smoothly.

Some of them said they were going home early as they fear the traffic congestion at the capital's exit points and also on the highways could become an issue later.

Eid will be celebrated on September 25 and the vacation in government and private offices will begin from September 24. Eid home rush is expected to gain greater momentum from Wednesday.

Advance tickets of private bus operators have already been “sold out”.

“For the last several days, I have been trying to buy a ticket to Jhenidah. I went to several bus counters but every time I was told that there was no ticket,” Assaduzaman, a private service holder, told The Daily Star yesterday.