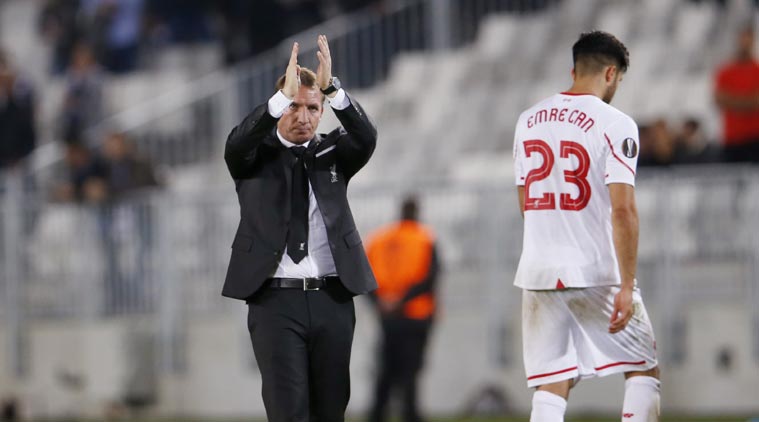 Manager Brendan Rodgers was left with mixed emotions as a much-changed Liverpool side battled back from a disappointing first half to take the lead in the second before settling for a 1-1 draw in Thursday’s Europa League match against Bordeaux.

The Northern Irishman made eight changes to the side that lost 3-1 to Manchester United at the weekend, handing a first start and the skipper’s armband to defender Mamadou Sakho, and selecting three teenagers in Jordan Rossiter, Joe Gomez and Jordon Ibe.

Liverpool struggled for cohesion, with Bordeaux exploiting the space behind Jordon Ibe at right wing-back, and lost their most experienced player, Kolo Toure, to a dead leg in the 28th minute.