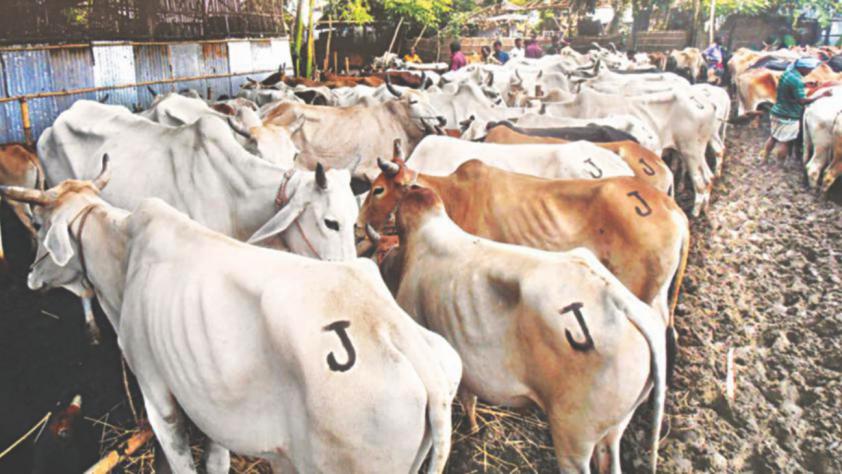 Five traders were attacked and their cattle-laden truck hijacked from Dhaka’s parliament-adjacent area this morning ahead of Eid-ul-Azha.

-Attack on traders near parliament

The traders were bringing a batch of cows to Dhaka, Mozammel Haque, in-charge of the hospital’s police outpost, said quoting the victims.

The hijackers waylaid them with a van near the parliament, he said. The traders were stabbed and beaten up. Sixteen cows were hijacked from them.