Bangladesh without all key leaders to observe EidHasina, khalida, living abroad for many among the higher-ups Raushan 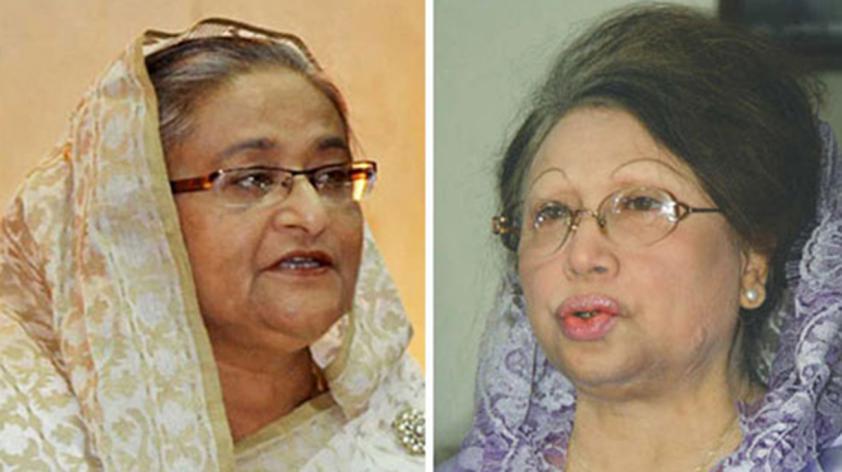 In a striking example, almost all the key leaders - Prime Minister, the Leader of the Opposition and BNP chief also include - Eid-ula Azha will not be in the country.

In addition, the Speaker and Deputy Speaker, a number of Ministers and Parliament, and the general secretary of the ruling and opposition abroad will celebrate Eid on Friday.

However, President Abdul Hamid as last time, will exchange Eid greetings with the people, should be and will be in Dhaka. Premier, Opposition leaders and other prominent party leaders usually do that on the day of Eid. But this year, it is going to be different.

The ruling Awami League's President, Prime Minister Sheikh Hasina on Wednesday to attend the United Nations General Assembly was scheduled to fly to the United States. Celebrate Eid with his family members. On his way back, Hasina stayed in London for a day and expected to return home on October 3.

His deputy Fazley Rabbi Mia is in Saudi Arabia for Hajj, while Speaker shireen Sharmin Chowdhury visited the USA before Eid.

Opposition leader Raushan Irshad will be in Singapore. Her husband and ethnic Party Chairman HM Irshad, however, will be celebrated in Dhaka.
Advertisement

BNP Chairperson Khalida, the party says, for a medical check-up at a two-week tour is now in London. He will be there to celebrate Eid with his family. The former premier will be out of the country on the occasion, for the first time.

AL General Secretary Syed Ashraful Islam, Minister of Public Administration, BNP acting secretary general Mirza Fakhrul Islam Alamgir Eid was returning home to the US with his family when the festival is now in UK.

"Medical purposes" before heading to Singapore, Fakhrul was in America and, according to BNP sources, Eid had no plans to come forward. But he returned home, and in his absence, with party workers to celebrate this occasion, under the direction of khalida changed his mind.

Planning Minister AHM Mustafa Kamal, Minister of State for Fisheries and Livestock, Narayan Chandra Chanda for medical treatment today is going to India and did not return to the festival before, while, is currently in London and come back after Eid .

However, there are some Cabinet members - are currently abroad, but that this will be the main - Commerce Minister Tofail Ahmed, Interior Minister Asaduzzaman Khan Kamal, and the Civil Aviation and Tourism Minister of Bangladesh Rashed Khan Menon Workers Party, including the main Eid.