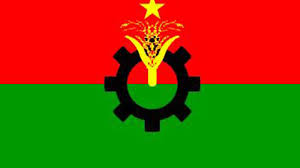 Addressing a press briefing, BNP spokesman Asaduzzaman Ripon also call for a dialogue is not the weakness of the party said. "The government talks to hold the country together in a national unity must font."
"Our party politics as positively in favor of a national unity out of its responsibility has called for a dialogue. But, in fact, the country's people are surprised and head of government, returning from abroad Our conversation also criticized the proposal as he reiterated the statement of the Minister was frustrated, "he said.
The interest of the country and when it comes to democracy is no scope for the stubborn, Ripon blame the government continue to talk instead of playing politics, if it's a catastrophe for democracy, which will bring That, he said.
It on his recent visit to Germany at a press conference, Prime Minister Sheikh Hasina bet he Khalida like to sit down with a killer does not like to sit in a national dialogue said BNP Chairperson rejected the proposal .
Reacting to the Prime Minister's comments, Ripon his party through a voter-less election of their leaders and activists assuming office has unleashed a reign of terror and repression that it sat with the government as proposed A good luck, said.
With the violence and arson attacks involving his party criticized the Prime Minister's comments, the BNP leader of his party in a democratic manner under a neutral administration to hold a fair election was carried out a wave. "Our party of violence and arson attacks had no link to any event."
The ruling party to change their party charged arson attacks, claims that under the United Nations calling for a probe into the incident BNP again.
His government is the presence of Islamic rule in the country that is under a lot of international pressure to accept the Prime Minister's statement that mention, Ripon it could have serious consequences for concern as all The nation has made.
Together we have to face all the threats against our country want the same ". We create and protect democracy and our country to rebuild democratic institutions to establish a unity government and call," he said.