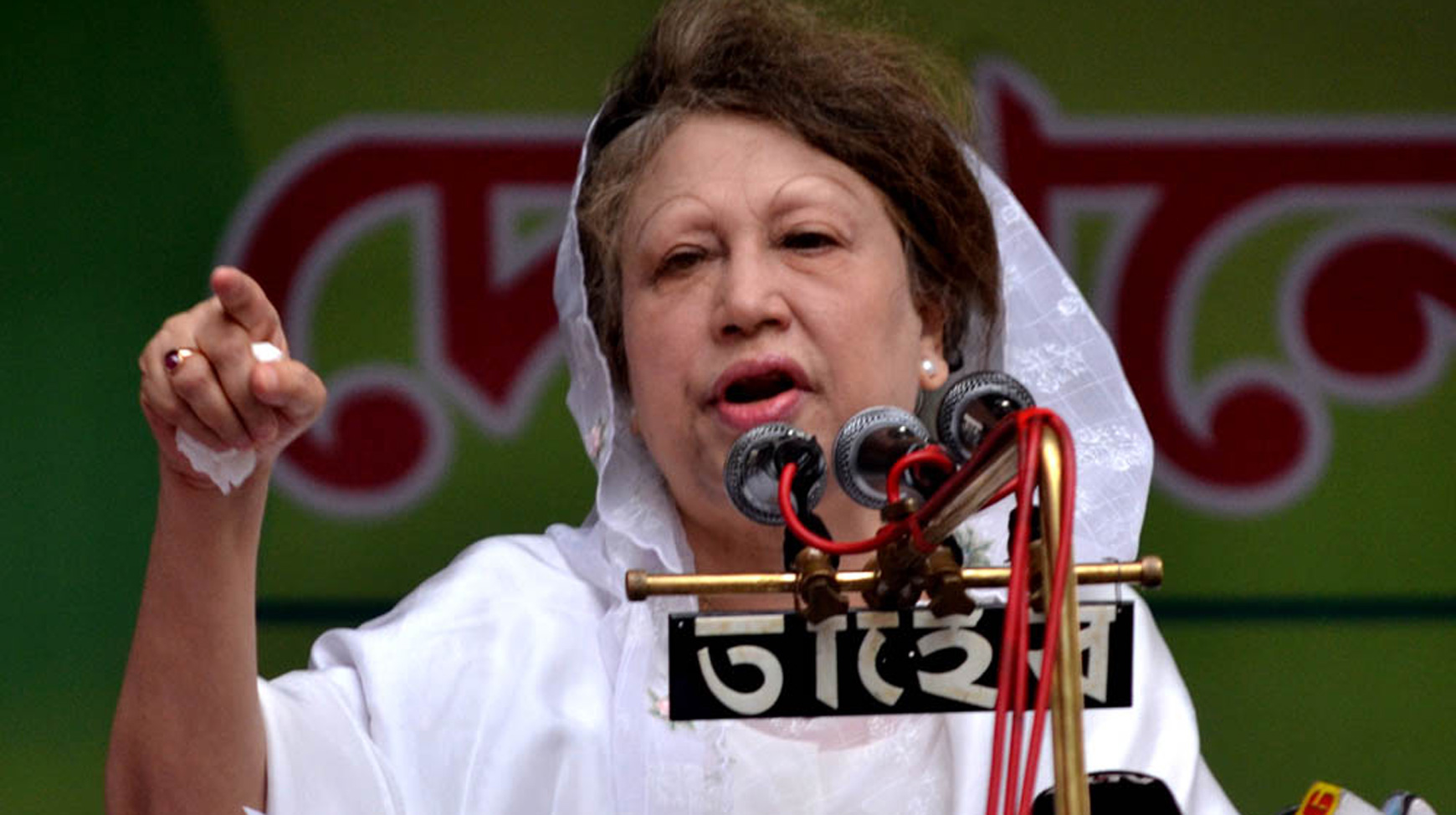 In a message, khalida they (the ruling party), as well as the country's people and has betrayed the spirit of liberation war.
Also, a former prime minister khalida military ruler HM Irshad December 6, 1990 at a public memory of bowing out despite the upheaval, the fall of the dictatorship Day message issued on the occasion.
In his message, the march of our democracy have stumbled repeatedly said, ". However, democracy in Bangladesh aficionados ensure the disruption in the country's path sublime."
Democracy in Bangladesh is now facing a crisis. A controversial election, which came into power by the people of Bangladesh government to show its true color, she added.
"People's rights and freedom, a nation ruthless one-party rule by chaining once again been put at stake," he said in the message khalida.
BNP's main spirit of the mass upheaval in 1990 to restore democracy in the country has appealed for unity.
December 6, 1990, after nine years of dictatorship Irshad government handed over power to a caretaker administration was forced to post. Since then, various socio-political organization in the fall of totalitarian Day or Day of Democracy has been observing the day as.