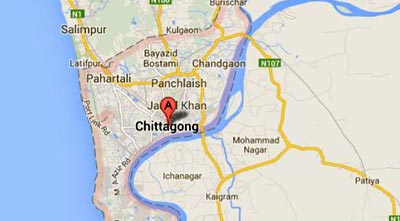 On Tuesday, a court in Chittagong on January 10 after delivery in connection with the death of a woman in a case filed by two doctors granted bail, UNB news agency reported.

Chittagong Medical College Hospital (CMCH) and his wife Shamima associate professor of livelihood Mahbubul Alam - - Metropolitan Magistrate Farid Alam as the two doctors accused bail, the court ordered the demand surrendered.
Chittagong Metropolitan Police (MP) Qazi Muttaki Ibn Mainan Additional Deputy Commissioner (prosecution) doctor couple of Tk 5000, was granted bail on a bond.
In the case of bail under evaluation report to be effective, he said.
On January 19, Khairul Bashar, the murdered woman's father, for his daughter's death against the two doctors filed with Panchlaish Police Station.
The court took notice and Panchlaish police station to investigate the incident said.
According to the complainant, his daughter Meherunnesa, a mother of hope, Panchlaish area of the city on January 9, was hospitalized Surgiscope. The two accused under the supervision of a doctor and was admitted.
On January 10, a surgery and there gave birth to a daughter.
However, the mother continues to bleed after surgery and doctors recommended another surgery.
The patient's family members provided 14 bags while the doctor, asked for 12 bags of blood.
However, in the afternoon on that day, hospital officials that the patient had died of family members.