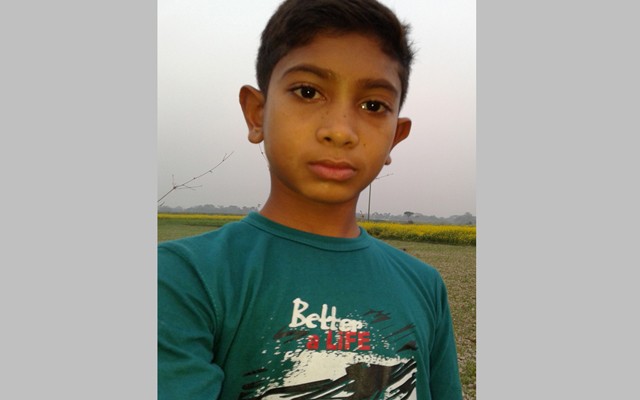 Read the fifth-Md Abdullah's parents had chanced upon the allegations printed fake currency that the boy is his secret factory as Motahar Hussein, was kidnapped and killed.

School president Md Abdullah's murder suspects Rapid Action Battalion (RAB) has been described as a shooting death.
Abdullah secretly killed chancing on counterfeit currency factory: the trust of the trial in the murder case of the family minister Abdullah prompt

"4am around, to prevent a RAB patrol said two people on the motorcycle, but he was a bullet. Obliged to open fire, RAB revenge and managed to escape," he said.

Was shot to affect where doctors declared him dead man Mitford Hospital, the RAB official said.

He said the body was identified as Hussein Motahar later.

Decomposed body Eleven-year-old Abdullah Hussein was found on Tuesday, four days after he was kidnapped.