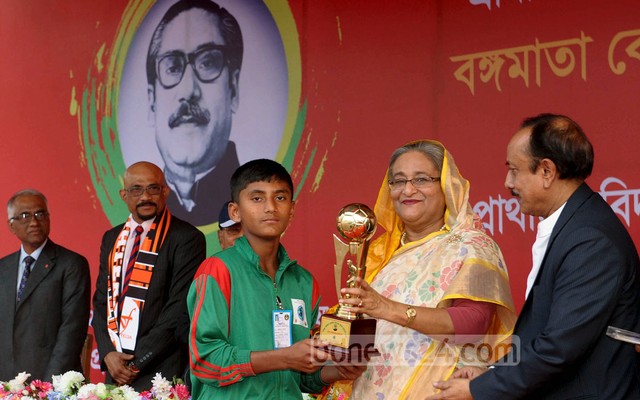 The game focuses on Prime Minister Sheikh Hasina has urged teachers and to create a pro-game settings each institution.

He also said that every student Upazila will have a mini stadium for practice to ensure your game.

"Students, if they will not be on track at the sports and cultural activities," he said.

Prime Minister, it was the team to many sections of the "more competitive."
Ministry of Primary and Mass Education Cup has been held since 2011.