I do not want it, I want to win: Dunga 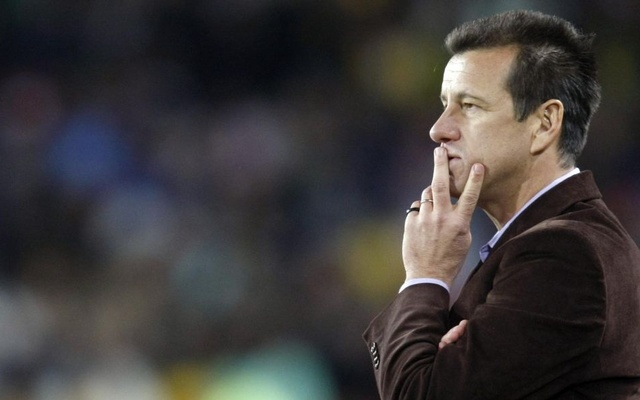 Recalled coach Dunga of Brazil announced that they have no interest in proving wrong after his side's poor start to the 2018 football World Cup qualifier.

Selecao is the sixth in the South American zone qualifying group with their first six games, only nine points, the agency reported.

Draws with Uruguay and Paraguay that has led to calls from some members of the Brazilian media for Dunga to be replaced with the previous month, Corinthians coach Tite.

"I do not want to be proved right, I want to win," Dunga said during a seminar in Rio de Janeiro on Monday.

"We need time to work the 2010 World Cup qualifiers. After six games in the pressure people are talking about now is not the same records, but there is not. A coach."

During a meeting with the 52-year-old this month and Brazil's technical director, Gilmar Rinaldi, the result was told the top brass of the Brazilian Football Confederation should improve immediately.

To make sure he said that he and his coaching staff were "monitoring thousands of players" was selected for the best team in Copa America's centennial edition in June.

He hit on the criticism has led to friction with some players who like their authentic.

"I'm not here to be your father," Brazil's 1994 World Cup-winning captain Dunga said.

"I should be a professional and I have to ask for a positive attitude and respect, to be a father to my children... To make decisions and to behave accordingly."