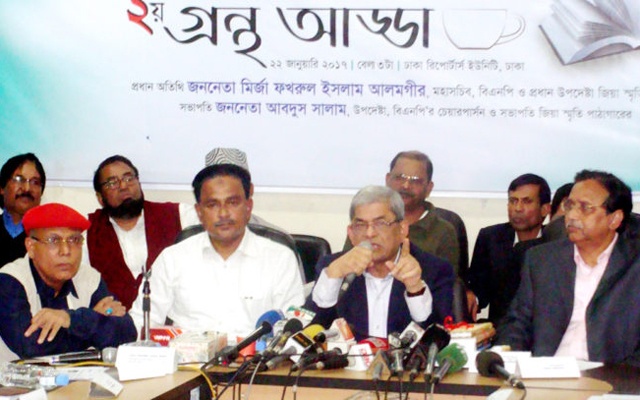 President-formed search committee has nominated the names of the 20 names to the list of potential CEC presented by the proposed political party.

"Twenty-eight political parties. The committee has nominated the names of 20 to 100," Cabinet Secretary Shafiul Alam told newsmen after the meeting of the Committee on Justice of the Supreme Court Lounge. Committee chairman, Appellate Division Justice Syed Mahmud Hossain presided over the meeting.

Cabinet Division is offering a search committee secretary. Accordingly, the cabinet secretary to attend committee meetings and playing the role of spokesman for the Committee of reality.

Shafiul, however, said that the committee will not make the political parties present in the form of a decision of the Election Commissioner's public name.

Is assigned to the President's proposal that some names of potential election commissioner search committee, urged the 31 registered political parties to submit the name of each of the last five committee.

To a question about the criteria put names on the short-list, the cabinet secretary said, "honesty is nominated qualified and independent person. There are similarities between the various political parties. mystery presented by the parties. Therefore, we will not disclose the name. "

Cabinet Secretary said that the six-strong search committee will sit again. "And they will be able to put ourselves in the short-list."