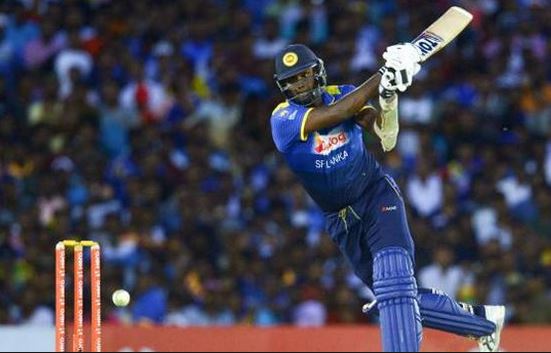 RSASouth Africa captain AB Villiers hailed a "near-perfect performance" after his team crushed Sri Lanka by 121 runs at the second-day international at Kingsmead on Wednesday.

He pointed to Faf du Plessis and David Miller, who both struck centuries as South Africa recovered from a poor start and amassed 307 for six after being sent in in an unusually dry, slow Kingsmead tone.

South Africa's total always seemed to be too much for tourists to chase after, and it turned out, as Sri Lanka were eliminated by 186, giving South Africa a 2-0 lead in the five-game series.

"It was a fantastic effort on the part of Faf and David, an incredible partnership after having dropped four at the beginning," De Villiers said.

The batting was backed by good bowling and lively field.

Sri Lanka made a quick start, with Niroshan Dickwella and Upul Tharanga putting in 45 for the first 46-ball wicket.

But both starters fell to pending catches, by Du Plessis and De Villiers.

"They played well in the first ten overs and took us in. But we have a lot of class in bowlers and picked up wickets at important moments," De Villiers said.

Sri Lankan captain Tharanga cursed the failure of any of his batters to win more than Dinesh Chandimal's 36-point maximum.

"It was many years twenty and thirty but no one continued," he said.

Tharanga said the position between Du Plessis and Miller was the biggest difference between the teams.

"We took four wickets but Faf and Miller had a very good partnership. If one of our hitters had gone and made a big one hundred maybe we could have chased him."

De Villiers said South Africa had worked hard to seize their opportunities on the field after missed opportunities disappointed when they lost a recent Twenty20 series.

"You do not get that many chances on the white ball cricket. When you do you have to take them.

Due mainly to Du Plessis, South Africa maintained a reasonable scoring rate despite losing their first four wickets at a low price, with none of the four dismissed hitters capable of reaching 20.

Left-hander Miller initially retained his normal attack instincts as he and Du Plessis made steady progress against an assortment of slow and slow baseball players.

The partnership ended when Du Plessis was caught in long-in after facing 120 balls and hitting seven fours and a six.

Miller and Chris Morris sacked 60 of 43 balls for the sixth wicket and Miller finished the innings forcefully, reaching his century in the final and celebrating with two six and four out Nuwan Kulasekera.

He hit six six and three four in his 98-ball innings.