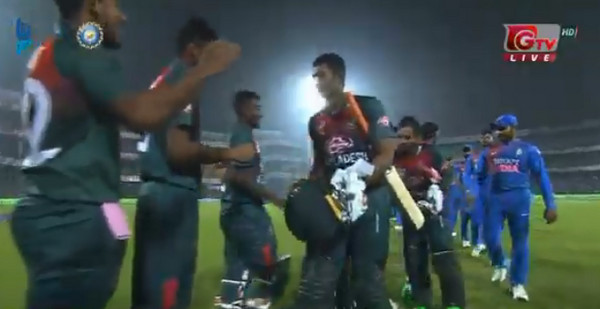 The Tigers will travel to India for the first time in the three-match Twenty20 series at the Arun Jaitley Stadium in Delhi. Ignoring the adverse weather, the game is building on the field. Bangladesh have decided to bat for the toss against India in Delhi.

Meanwhile, Naim Sheikh is making his international debut with this match. Left-arm spinner Arafat Sani and paceman Al Amin Hossain are expected to return to international cricket after three years.

Regular captain Virat Kohli has been rested in the Twenty20 series against Bangladesh. And Rohit Sharma has been given the responsibility of captaining India. And there is no Indian all-rounder like Indian pacer Jasprit Bumrah and Hardik Pandya. However, the Twenty20 Blasters set up by Rohit Sharma, Lokesh Rahul and Shikhar Dhawan are in the squad.

The latest score until this report is written:

Bangladesh ended the first day of the unbeaten century

Saif Hassan disappointed the chosen in the first roles

I do not want it, I want to win: Dunga