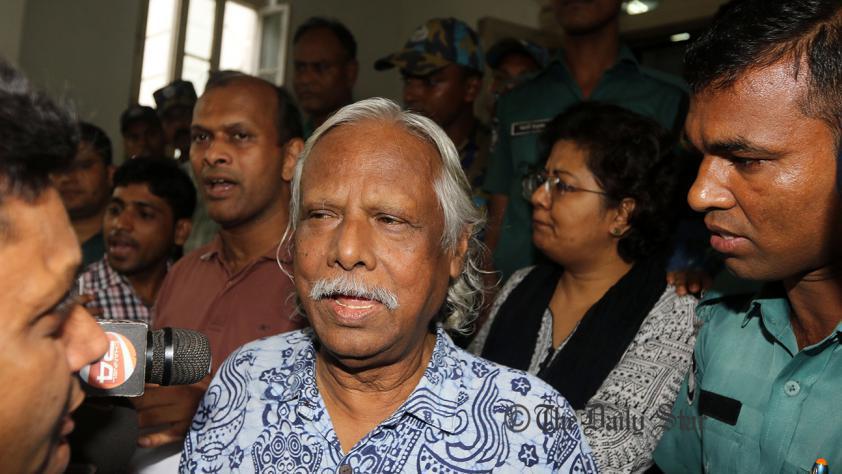 The founder of Public Health Center, Dr . zafurullha for contempt of court . ICT has ordered to attend to the court at 22th July .

A war crimes tribunal today began contempt proceedings against Zafrullah Chowdhury for criticising a punishment handed to him earlier by the tribunal.

This is the second time that the Gonoshasthaya Kendra founder has been implicated in contempt charge regarding International Crimes Tribunal.

The three-member ICT-2 led by Justice Obaidul Hassan ordered Zafrullah to show cause on why he would not be punished for contempt and ordered him to appear before the court on July 22.

The tribunal also fixed the same date to pass further order in this regard.