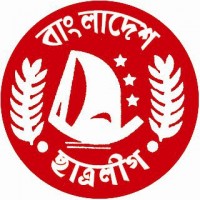 Bangladesh Chhatra League, the student wing of ruling Awami League, will distribute nomination forms from tomorrow (Sunday)11 am to elect new president and general secretary in the upcoming 28th national council of the organisation on July 25-26. .

The forms will be distributed and collected till 4 pm, on July 15.

Candidates would have to submit taka 3000 to BCL Savings Account at the Janata Bank Limited, Ramna Corporate Branch or through Bank pay order or to the election commission of the council,"

Candidates would have to submit their application forms within the due time with photocopies of all academic certificates to the election commission, certification for regular studentship from current educational institution, three copies of recent passport size photographs, he added.

Shohag also said the two-day council would be held at historic Suhrawardy Udyan instead of Bangabandhu International Conference Centre.

The incumbent committee would be announced defunct at the beginning of second session of the second day and responsibility would be given to election commission (EC), he added.

The BCL president said the EC, in the second day, would begin electoral process as per the direction of Awami League President and Prime Minister Sheikh Hasina.

"Marking the council, in accordance with BCL constitution, concerned units of the organisation across the country were asked to send lists of 25 councilors from each district by July 10," he said.

Shohag said, "Most of the lists have reached. The concerned unit of council preparatory committee is working to get ready the councilor cards. A few lists of councilors have not reached us yet.

Through the press conference, I asked the respective units, which didn't submit their councilor lists within due time, to submit their lists by July 13 to the central office or election commission."