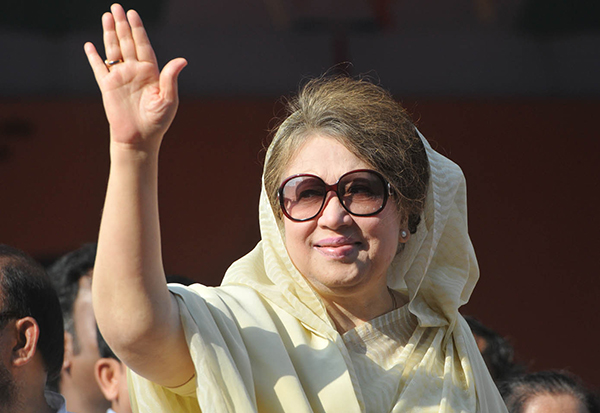 BNP chairperson is coming to the special court.Bakasibajara to appear in court in two cases of corruption are temporary BNP chairperson Khaleda Zia .

Gulshan residence at 9 am from the turquoise bakasibajare he returned to set up temporary courts .

She reached Bakshibazar court site around 10:10am this morning – some 20 minutes ahead of the court’s sitting schedule.

She waited out inside her vehicle until the trial proceedings started. Her media wing staff Syrul Kabir Khan told The Daily Star that she set out from her Gulshan house around 9:30am.

One of her counsel, Sanaullah Mia, yesterday told media that she is likely to appear before the court today in the Zia Orphanage and Zia Charitable Trust graft cases.

The statement of the other case say the BNP chief and three others abused power to collect Tk 6.19 crore for Zia Charitable Trust during the BNP-led government's 1991-’96tenure.

The Anti-Corruption Commission (ACC) filed both the cases.