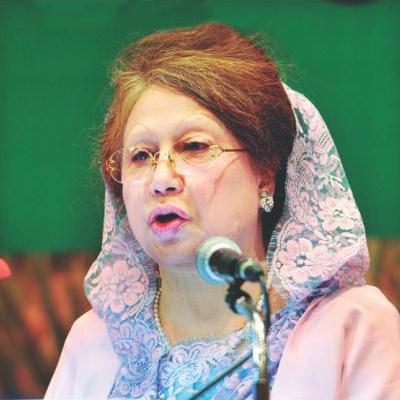 London visit, BNP Chairperson Khaleda Zia has convened a meeting with leaders of the 20-party alliance for tomorrow night.

The meeting will take place at her Gulshan office around 8:00pm, Shamsuddin Didar, a staff of BNP Chairperson’s media wing, told The Daily Star.

This will be the first meeting of BNP-led 20-party alliance since it started anti-government movement on January 6 with countrywide blockade which the opposition is yet to call off officially.

Khaleda retreated from the movement on April 5 when she appeared before a court over two graft cases, and later returned her Gulshan residence from her political office where she stayed for 92 days.

The meeting is taking place before Khaleda is leaving for London “to attend treatments” – where her elder son Tarique Rahman has been residing since 2008.

The visit comes at a time when the party has no major agenda on its calendar and is alleging that the ruling Awami League is plotting to split BNP.