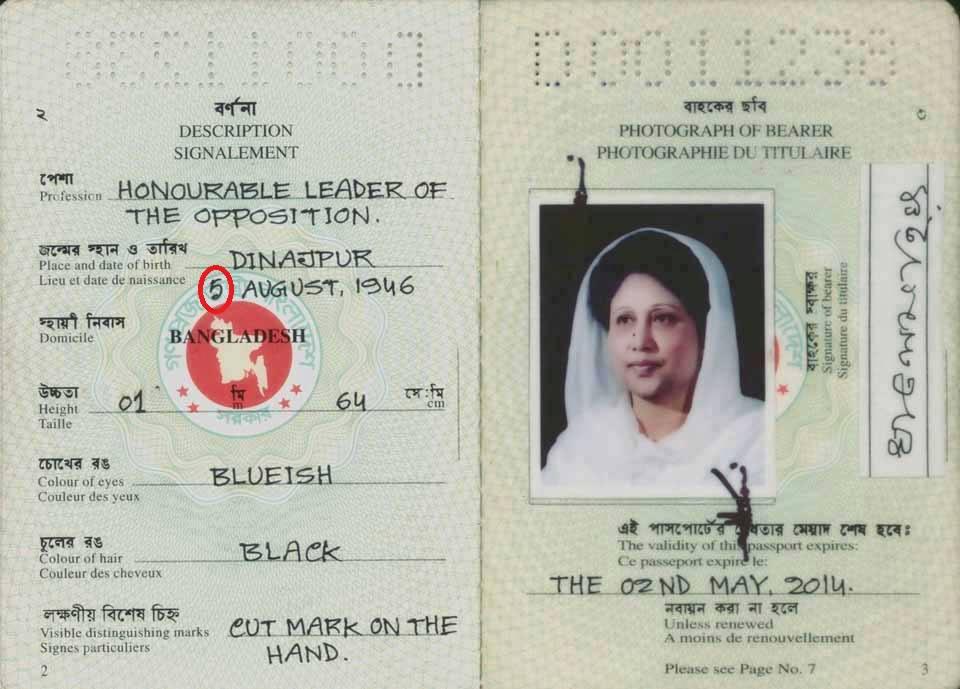 Khaleda Zia had been celebrating August 15 as her birthday since the mid-nineties. Before that, we never heard of her birthday celebration.

In the past, various media reports point to different dates of her birth. One report says in her matriculation examination form, Khaleda had mentioned September 5, 1946 as her birthday.

Her marriage certificate and in the record of her prime ministerial oath, Khaleda had used August 5, 1944 and August 19, 1947 as her birthdays.

Celebration of her birthday on August 15 has always been controversial as Khaleda had never celebrated this day as her birthday before 1995 or 1996. Most people believe that this was being done to undermine Bangabandu Sheikh Mujibur Rahman—the father of the nation. It’s as if, Instead of condoling on that day, people should be celebrating—because it is Khaleda Zia’s birthday.

The BNP has however defended the celebration saying that it was indeed her birthday. They even question whether people cannot take birth on the day Bangabandhu was slain. Interestingly they never mentioned in which year she was born on August 15.

This week Khaleda Zia is going to London for about a week for medical check up. Her visit coincides with the observation of Bangabandhu’s 40th death anniversary on August 15. May be, after all these years she’s trying to avoid the controversy. We will know within a couple of days.