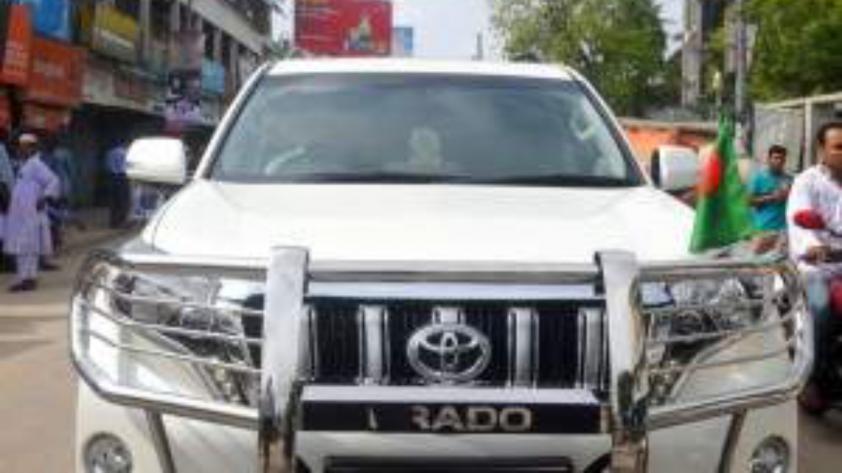 A woman lawmaker from a reserved seat moved around Meherpur town yesterday flying the national flag on her vehicle, in violation of the People's Republic of Bangladesh Flag Rules 1972.

Selina Akter Banu, lawmaker from reserved seat No. 307, went to Meherpur town from Gangni upazila of the district to attend a National Mourning Day programme organised by the district administration at Shaheed Shamsujjoha Park, sources said.

Seeing her flag-bearing vehicle, some people said, they thought the lawmaker had been awarded the ministerial post.

Even leaders and activists of the ruling Awami League at the programme venue mistook the car for a vehicle of a minister and ran to receive the guest but saw, to their dismay, Selina getting out.

In the face of criticism, the lawmaker in front of others at the venue asked her men to remove the flag.

“I did not notice the flag. Someone might have hoisted it,” she told The Daily Star by phone.