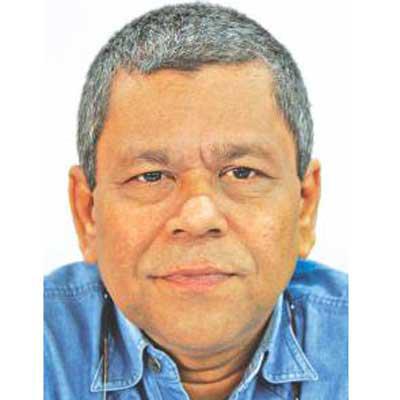 A Dhaka court placed Shawkat Mahmud, journalist and adviser to the BNP chairperson, on a three-day remand in connection with a case filed over the death of private car driver in the January agitation.

During hearing the petition, Shafiqul Islam, a sub-inspector and the investigation officer of the case, told the court that police need Shawkat to be remanded to find out the whereabouts of the fugitives in the case.

Before placing him in remand, he was shown arrested by the DB police in the arson attack case.

Shawkat was arrested by detectives yesterday from the Dhaka's Panthapath area.

According to the prosecution, a group of BNP led-20-party men attacked a private car and poured petrol before igniting it in front of a community centre at Moghbazar on January 9 night.

In the attack, the driver of the private car Abul Kalam sustained severe burn injuries and was taken to the burnt unit of Dhaka Medical College and Hospital for treatment.

After suffering for six days, Kalam succumbed to his injuries on January 15.

On the following day, a case was filed with Ramna Police Station accusing 13 people responsible for the incident.