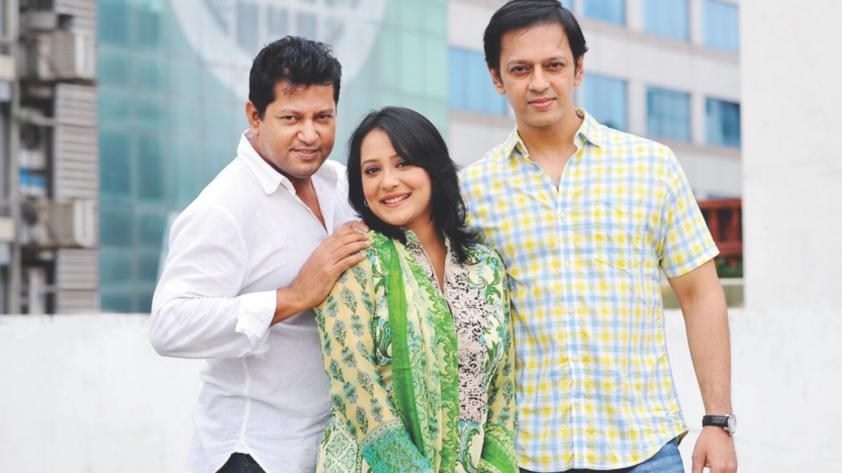 Written by Maruf Rehman and directed by Mahfuz, shooting for the play wrapped up recently in the capital. In the play, Aupee and Nobel will be seen as a married couple.

Mahfuz said, “The story is a mix of suspense and romance. The audience will see Aupee and Nobel in an unusual avatar.”

Nobel said, “I portrayed the role of Sohel in the play, while Aupee will be seen as Ahona. Mahfuz Ahmed is a very good director. I enjoyed working with him.”

Aupee said, “ Mahfuz Ahmed was a new director when I first
worked with him. Now he is a veteran behind the camera."