Salman Khan with family of ‘Hero’ 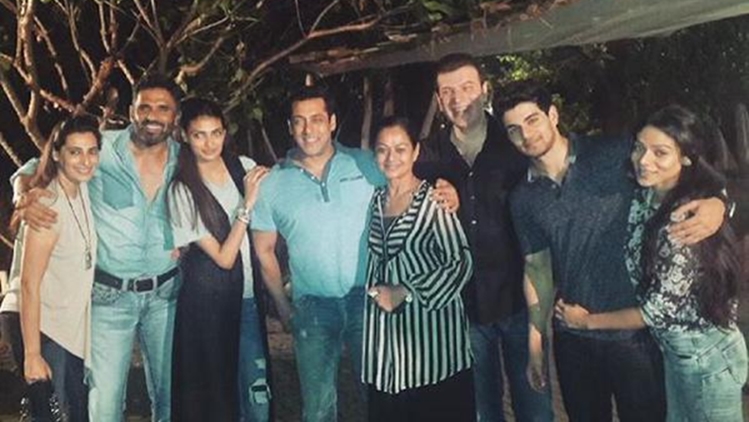 Salman Khan, who is launching his close friends Suniel Shetty and Aditya Pancholi’s kids – Athiya and Sooraj in his home production ‘Hero’, held a private screening of the film at his farm house.

Salman, who is busy wrapping up Sooraj Barjatya’s ‘Prem Ratan Dhan Payo’, got to spent some time with the Pancholi and Shetty family. The superstar has been promoting ‘Hero’ extensively and has been travelling with Athiya and Sooraj too.